We would love to have you join us in our home for DOC180 Young Adult Ministry. DOC180 stands for Disciples of Christ who have turned their life around 180 Degrees. This is a time of fellowship that allows us to get to know one another on a more personal level, through some good ol' fashioned home cooking, coffee around the kitchen table, some competition such as darts and pool, and free play time for the kiddos.

We almost always have a word which is brought by Lee Holloway or by another peer who has, or is working through the discipleship track. This allows us as young adults to learn from one another, as well as become comfortable sharing the Word with others. It is our vision, in conjunction with the vision of Pastor Mike, that other Growth Groups would be birthed out of DOC180, thus expanding the discipleship scope of RiverLife Fellowship, and that every member would become a minister of one, through relational evangelism and discipleship. 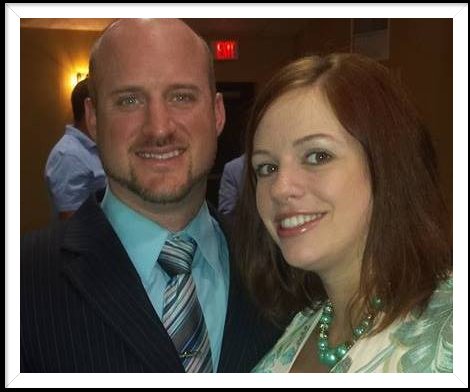 Lee Holloway a.k.a. "Poppa Lee"  was born and raised in Carriere, MS, and graduated from Pearl River Central High School in 2003. Sierra Holloway was born and raised in Slidell, LA and graduated from Slidell High School in 2005. Lee and Sierra met in 2005 and were married in August of 2008. In July of 2010 they bought their first home in Pearl River, LA, where they started their family. They now have a thriving family of six  with  four boys; LJ, Colby, Ashton, & Elijah .

In September of 2010 Lee and Sierra began attending RiverLife Fellowship at the invitation of Jeremy Lairsey. They have been faithful in attending ever since.

They have been involved in many ministries including Men's and Women's Ministries, Royal Rangers, Children's Ministry, Youth Ministry, and many others. They were both part of the pioneer 301 School of Ministry in 2016 and are called to serve in the ministry. Currently Sierra is the office Secretary and Lee is the Young Adult Pastor and head of the Growth Group known as DOC180.